Our dedicated and supportive staff are here to guide you through this difficult journey. We take pride in doing our absolute best to ensure your needs are met.

Sheldon attended Nova Scotia Community College in 2000 where he completed the Funeral Services Program. Since then he has been licensed as a Funeral Director/Embalmer in the province of Newfoundland and Labrador. Sheldon moved to St. Alban's in 2003 to serve the people of The Coast of Bays region. During this time Sheldon has served many families and has earned their respect and trust, through his professional service and dedication. He is committed to serving each and every family with respect, care and dignity. Sheldon is very active in the community of St. Alban's, where he lives with his son Carter. In his free time, Sheldon enjoys the outdoors and traveling. 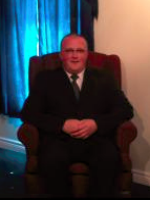 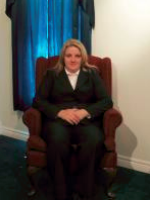 Anthony started with our Funeral Home in June 2008. Anthony is a retired construction worker, who helps out behind the scenes at the Funeral Home. Anthony is a very dedicated and dependable person, who can be called upon anytime.